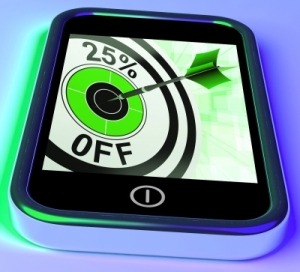 $49 for dental exam with x-rays and cleaning.  54% off teeth whitening.  52% off Invisalign treatment. These are just some of the many dental deals I found on a recent visit to the Groupon website.  Although many dentists currently use voucher advertising, such as that provided by Groupon, Living Social and similar sites, this type of advertising may be illegal, unethical, or both, in some states.

Whether dentists are, or are not, allowed to use voucher advertising is a complicated and confusing question because there are at least four different authorities with a right to speak on this subject — the state in which a dentist is licensed, the federal government, the ADA and, in some cases, the insurance companies providing coverage for a dentist’s patients.  Since each of these authorities has used different language to describe when and whether a dentist may use voucher advertising, a dentist could comply with all of the requirements of one authority — for example, the state in which a dentist practices — and still violate the requirements of another authority, such as federal law. 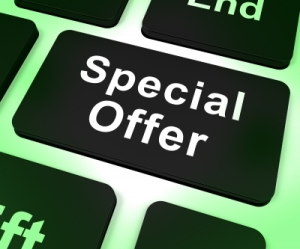 Unfortunately, while dentists in some states, like Oregon and Wisconsin, may be confident that there are ways that they can use voucher advertising without violating state law, there are still questions as to whether this type of advertising may violate federal law. The federal Anti-Kickback Statute, for example, prohibits any person from knowingly and willfully offering or paying any remuneration to any person to induce that person to refer a patient for any item or service for which payment may be made, in whole or in part, under a federal health care program, such as Medicare or Medicaid.  (42 U.S.C. §1320a-7b(b)).  Although related regulations include an exception for certain payments to referral services, payments to voucher advertising companies, under their standard contracts, do not seem to fall within this exception.  Consequently, dentists who use voucher advertising in full compliance with state law may still run afoul of federal laws that prohibit the types of financial arrangements found in standard voucher advertising contracts.

In addition, dentists who uses voucher advertising may, inadvertently, be violating the terms of their contracts with insurers. For example, these contracts sometimes include a “most favored nation” clause that requires the dentist to give the insurer the best price that the dentist charges for a particular service. If a dentist signs such an insurance contract and then, for example, gives discounts to patients with Groupons, that dentist could be violating such a “most favored nation” clause. 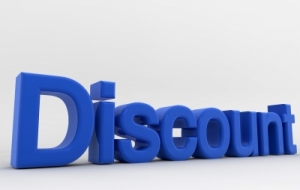 Finally, even dentists who clear all the hurdles of complying with their insurance contracts, as well as state and federal law, may find that, by using voucher advertising, they have violated the ADA Code of Professional Conduct.  Section 4E of that Code states that “Dentists shall not accept or tender ‘rebates’ or ‘split fees,'” and the ADA has issued an advisory opinion stating that this prohibition applies to business dealings between dentists and any third party, not just business dealings with other dentists.  Thus, a Wisconsin dentist may be able to use voucher advertising without violating Wisconsin’s prohibition on splitting fees with other health care professionals, but such a dentist could still be violating the ADA Code’s prohibition on fee-splitting, which is much broader, and prohibits fee-splitting with any third party.  Indeed, the ADA Advisory Opinion makes it clear that a dentist who uses the standard voucher advertising contract (which allows the issuing company to collect the fee, retain a percentage and remit the remainder to the dentist) is engaged in unethical fee-splitting.

As you can see from this discussion, whether it is illegal and/or unethical for a dentist to use voucher advertising is still a complicated and confusing question with different answers depending on the location of a dentist’s practice, the terms of a dentist’s contracts with insurers and complex provisions of state and federal law.  It is also a question that may have a different answer tomorrow than it has today, as the federal government, the states, insurance companies and the ADA all struggle to update their laws, contracts and opinions to meet the challenges of social media, vouchers and other new forms of advertising.  Given the uncertainty and complexity of the issues surrounding voucher advertising, dentists should proceed with caution, when considering this form of marketing, and should consult an attorney before beginning any voucher advertising campaign.

This article was written by Janice L. Gauthier, Esq. Ms. Gauthier has an A.B. from Harvard University and a J.D. from Harvard Law School.  She is the owner of The Gauthier Law Group, LLC, a boutique law firm that represents dentists, physicians, health care providers, professional service practices and other businesses and business owners in Wisconsin and Illinois.  You can contact Ms. Gauthier at 414-270-3857 or by email. To learn more about Ms. Gauthier’s background and experience, visit her Google or LinkedIn profiles.